Gunjan Kedia became an engineer because she was told that she couldn’t become one.

She relished the challenge. “I’d like to be able to say it was something more profound than that, but it was very difficult to get in,” she said. 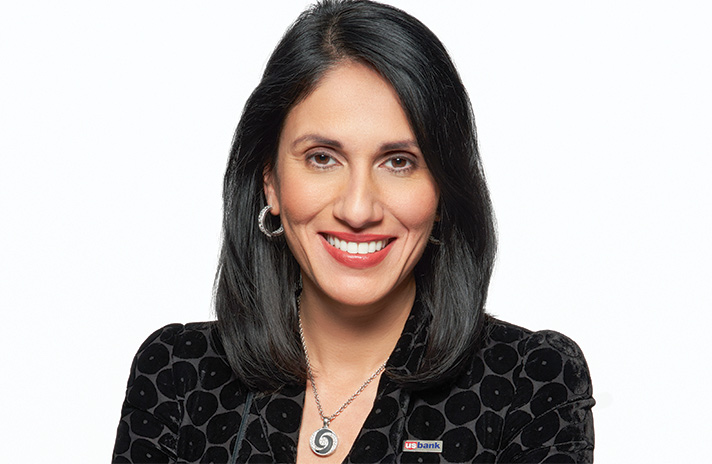 Kedia had attended an all-girls school, so college was a sharp contrast from a gender perspective. “We were eight of us and a thousand men,” she said.

Kedia made the honor roll in her first semester, at which point the spotlight really bore down. But she thrived — and even came to be thankful for being a highly visible minority. “When you do well and you’re diverse, your positives are also just amplified,” she said. “So I don’t see it as a negative.”

As she navigated a career in data sciences, consulting and financial services, she noticed an “unevenness” in the workplace, she said.

“I see younger women struggle. I see some of the disproportionate challenges of home and workload,” Kedia said.

Kedia joined U.S. Bancorp as the head of wealth management and investment services in late 2016 after nearly eight years with State Street. Her division is one of the four major business lines at U.S. Bancorp and and is composed of five business units across asset management and investment services. Last year, the group generated $2.9 billion of revenues in 2018, accounting for 13% of U.S. Bancorp’s total revenues, up from 11% in 2017. Her division’s profits climbed nearly 25% year over year.

She encourages women to seek out employers that show their appreciation by allowing adjustable work schedules. U.S. Bank is based Minneapolis but Kedia lives in Pittsburgh with her husband and two sons. She commutes to Minneapolis nearly every week — much as her husband did the previous nine years, when they lived in Boston and he worked in Pittsburgh.

“You take turns, and you’re going to make it work,” Kedia said. “And it’s not ideal. But you just have deep loyalty for a company that realizes the kids are going to be in college in two or three years, so your flexibility increases over time.”