Most Powerful Women in Banking: No. 3, Bank of the West’s Nandita Bakhshi  American Banker

President and CEO, Bank of the West

When it unveiled a new logo in 2017, Bank of the West did not attach any particular significance to the color. But the San Francisco bank has since announced a series of environmental commitments that make the green hue of the logo seem especially fitting.

Last October, the BNP Paribas unit committed $1 billion to clean energy financing over the next five years. It also pledged not to finance Arctic oil and gas exploration, and has stopped providing financing for fracking, shale and tar sands mining.

“What we don’t finance is as important as what we do finance,” said Nandita Bakhshi, who is chief executive of Bank of the West and co-CEO of BNP Paribas USA. 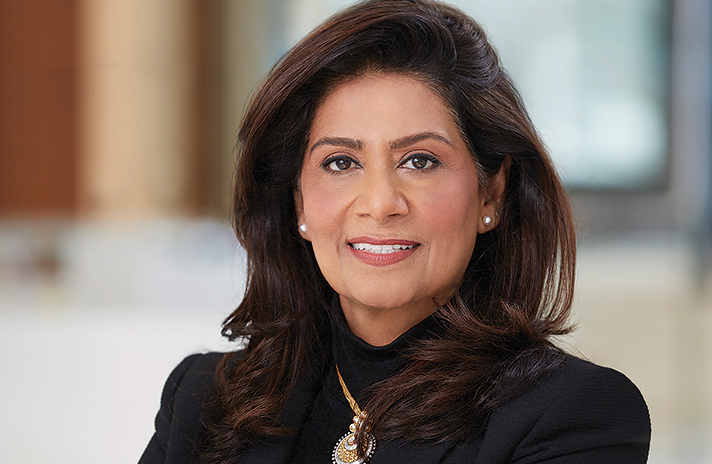 Bank of the West also stopped financing tobacco during Bakhshi’s tenure. Tobacco generally has been stigmatized because of its harmful health effects, but Bakhshi pointed to its environmental impact.

“There are 4.5 trillion cigarette butts each year that are littered,” she said, “and they end up in our lakes, our rivers and our beaches.”

Many financial institutions make environmental pledges, but the Paris-based BNP Paribas stands out in a recent report on climate change by the Sierra Club and other environmental groups. It received the highest score out of 33 global banks.

Bank of the West operates in 19 states, some of which rely more heavily than others on the economic activity associated with fossil fuel production. Leaders in states such as Wyoming and Colorado have criticized the bank for its stance.

“While it may be fashionable today in San Francisco to exclude states like Wyoming from your lending plans, it will do little to discourage us from pursuing our best future on our terms,” Sen. John Barrasso, R-Wyo., wrote last year in a letter to Bakhshi. “It is a serious mistake to pick winners and losers in energy markets, especially to the detriment of your own customers.”

Bakhshi acknowledged that the environmental initiatives are not popular with everyone, but she said she feels a responsibility to ensure that the bank’s funding makes a positive impact on the planet. “We are playing a very, very critical role in this regard,” she said.

Bakhshi has been leading the $88 billion-asset Bank of the West since 2016. She previously served in executive roles at TD Bank and Washington Mutual during a career that has spanned more three decades.