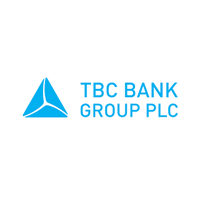 TBC Bank Group PLC (LON: TBCG) announced today that it has entered into an agreement to acquire a 65% stake in LLC My.ge, the leading classified e-commerce player in Georgia trading under the My.ge Group name.

My Group operates in four online marketplace verticals: automotive, automotive spare parts, consumer-to-consumer and housing. With combined 1.7 million unique monthly visitors, the online traffic of My Group is one of the largest in Georgia. It is the market leader in the automotive, spare parts and C2C verticals, with estimated market shares of approximately 80% in each, while in housing it is a top 2 player with an estimated market share of 30%-40%.

My Group has grown rapidly in recent years, increasing its number of unique visitors by around 20% during the last three years, while its revenue and profit before tax grew by 75% and 88% respectively during the same period. At the end of 2018, the gross assets of My Group stood at GEL 3.3 million, while total revenue and profit before tax for the full year 2018 amounted to GEL 4.0 million and GEL 2.6 million respectively, based on My Group’s unaudited management accounts.

My Group was founded in 2002 by brothers Lasha Gigitelashvili and Kakha Gigitelashvili and after almost two decades of growth and diversification, it continues to be managed by these two key individuals. After completion of the transaction, the management team will stay for a minimum of one year and will continue to be actively involved in the development and execution of My Group’s strategy.

The acquisition of My Group is an important step in TBC Group’s strategy to develop a wide-ranging ecosystem that broadens our relationship with customers and creates strong synergies for the core banking business. The marketplaces of My Group offer obvious synergies for TBC Group’s lending, payments and insurance businesses as well as for our recently launched e-businesses, Vendoo and Livo. The experience and know-how of My Group may also be applied in the future in other countries where TBC Group operates.

The shares acquired by TBC Group are sold by Lasha Gigitelashvili and Kakha Gigitelashvili, in a partial sell-down of their respective shareholdings. The consideration for the 65% stake is GEL 19.45 million, implying a valuation of GEL 29.93 million for My Group. The consideration is payable in cash and will be satisfied from TBC Group’s existing resources. The transaction is expected to close today. As part of the transaction, TBC Group has also entered into put/call option arrangements in respect of the remaining 35% of My Group that it will not acquire at closing. The other shareholders in My Group will have the ability to put their shares to TBC Group during the first year following closing, and again in certain windows after the third and fifth anniversaries of closing. In addition, if the shareholders are unable to agree on certain key strategic decisions and the put option has not already been exercised, TBC Group will have the ability to exercise a call option over the shares in My Group during certain windows following the third and fifth anniversaries of closing. Should the other shareholders exercise the put option during the first year following closing, then the relevant price will be the price per share as paid at closing (plus a small percentage uplift). In the case of any other exercise of the put or call options, the price will be determined by reference to an agreed formula which is linked to key performance metrics (including revenue, EBITDA and the revenue per active customer of My Group). If the put or call option is exercised, then there are certain transitional provisions intended to assist TBC Group in becoming the sole owner of MyGroup and, in addition, TBC Group would benefit from a 24 month non-compete starting from the exercise of the option.

“The acquisition of My Group provides a strong acceleration in our ecosystems strategy. It will dramatically increase our digital presence in the Georgian market and provide access to a large number of new customers”.

“We are thrilled to partner with Georgia’s largest bank and benefit from their world-class digital capabilities and very strong commitment to the development of ecosystems. I am looking forward to taking My Group to the next level and offering our customers exciting new solutions and services.”

Join us on our new LinkedIn page

You can read the full TBCG archive by clicking the EPIC code.