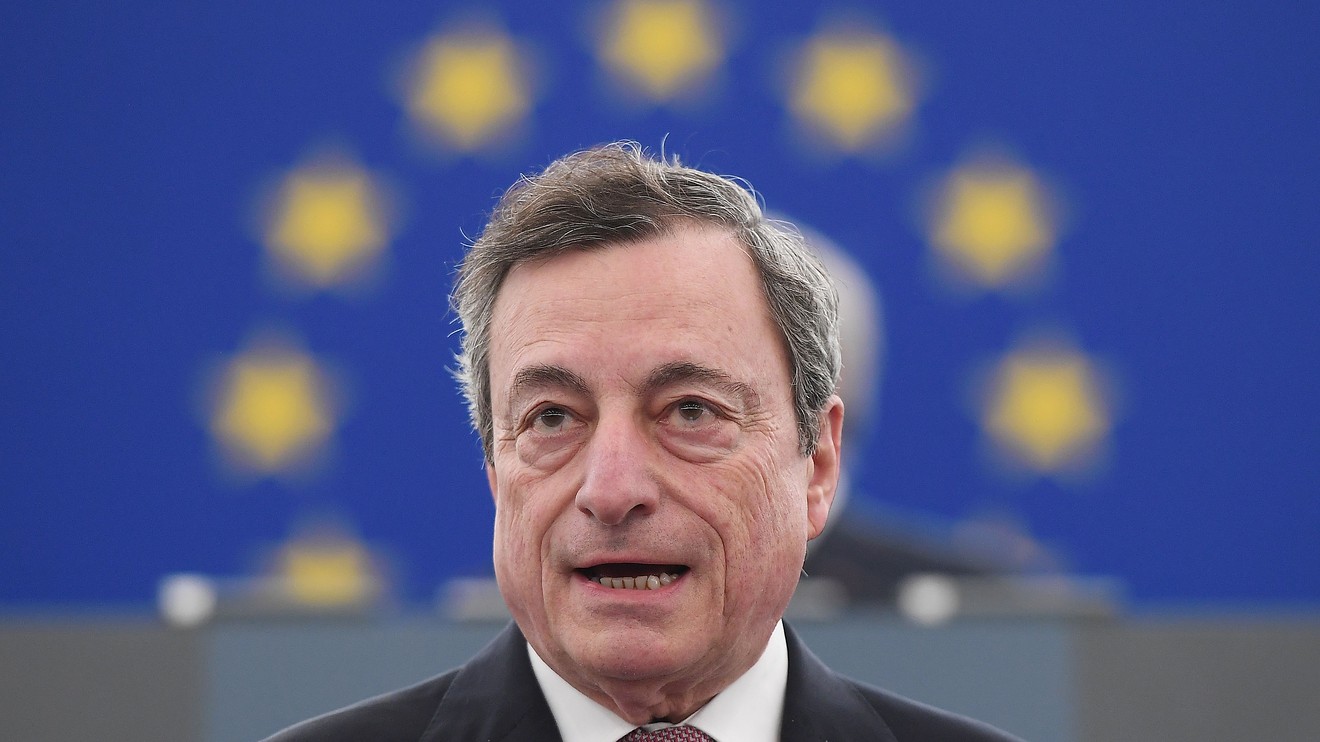 European Central Bank President Mario Draghi will move back into the spotlight as stock-market investors cheer a shift back toward easier monetary policy by major central banks, with the ECB widely expected on Thursday to at least lay the groundwork for an interest rate cut, and possibly further action, later this year.

“We’re in the middle of a dip in global growth that’s gone on longer than central banks or private-sector banks had expected,” said Bill Adams, senior economist at PNC Financial Services Group, in an interview. “Even with labor markets tight in most developed economies, the slowdown in global growth and the softness in inflation are pushing central banks to ease again.”

Related:Here comes the central-bank punch — and it might not juice stocks much

There’s a possibility the ECB could move as early as Thursday to cut rates after another round of weak data, economists said. A preliminary reading of the manufacturing purchasing managers index for Germany fell to a seven-year low of 43.1 in July from 45 in June, IHS Markit said Wednesday. A reading of less than 50 indicates a contraction in activity.

“If the ECB focuses on German manufacturing PMIs, it will cut rates ; we think it’ll wait for September,” said Claus Vistesen, chief eurozone economist at Pantheon Macroeconomics, in a note.

Most economists don’t expect the European Central Bank to cut rates or otherwise provide additional monetary stimulus when policy makers meet Thursday, but Draghi is expected to lay out the case for a rate cut as soon as September and hint toward the resumption of the bank’s asset-buying program.

Such moves, if they occur, would likely be the last hurrah for Draghi, whose non-renewable eight-year terms expires at the end of October. Christine Lagarde, the managing director of the International Monetary Fund, is expected to succeed Draghi following her nomination earlier this month by the European Council.

A shift toward easier monetary policy by major central banks, including a Federal Reserve that’s expected next week to deliver its first interest rate cut in more than a decade as insurance against a slowing global economy, have helped underpin global stocks, analysts said.

Draghi and company would be effectively following through on remarks he made at a central-banking forum in Sintra, Portugal, last month, signaling the ECB was ready to take action if the eurozone economy didn’t improve — and also drawing the ire of President Donald Trump.

The ECB, however, is likely to tweak its policy statement on Thursday. The ECB’s current forward guidance pledges to hold rates at “present levels” through the first half of 2020. Economists look for the ECB to amend that to “present levels, or lower” — setting the stage for a cut in its deposit rate, which stands at minus 0.4% — in September. The ECB could also signal via its statement that it stands ready to restart its bond-buying program, which it ended in December.

Indeed, there’s an outside chance the ECB could move as early as Thursday to cut rates, since the macroeconomic conditions laid out by the central bank seem to have already been met, said Nick Kounis, head of financial markets research at ABN-AMRO, in a note. Kounis, however, sees a “close call” with the ECB standing pat in July but cutting each of its main policy rates by 10 basis points in September.

So what’s the criteria? Unlike the Fed’ which has a dual mandate to achieve full employment and price stability, the ECB’s only mandate is price stability, which is defined as inflation near but just below 2%. Inflation remains well below that level, with core consumer inflation running at an annual rate of just 1.2% in June.

Moreover, inflation expectations among investors continue to fall, noted Jack Allen-Reynolds, senior Europe economist at Capital Economics, in a note. The five-year/five-year inflation swap rate, which reflects investor expectations for inflation five years ahead in a period beginning five years in the future, have fallen below levels seen when the ECB cut rates in the past, he said, though he noted that some ECB policy makers have played down the ability of the data to effectively predict future inflation.

Still, ECB policy makers have offered a drumbeat of comments signaling more stimulus is on the way. And with policy makers having done so much to raise expectations, “it seems almost certain that they will do something next week,” he said, also predicting a change in the forward guidance.

Some analysts see scope for disappointment.

If the ECB is “sufficiently dovish,” the euro could break below its two-year low of $1.1106, said Kathy Lien, managing director of FX strategy at BK Asset Management, in a note. But if the ECB sounds “noncommittal in anyway, it will set the stage for a massive short squeeze in EUR/USD ahead of next week’s FOMC meeting, where the Federal Reserve is expected to lower interest rates for the first time since the global financial crisis.”

PNC’s Adams looks for the ECB to move in September by cutting its deposit rate 10 basis points and restarting asset purchases at a pace of around $20 billion to $30 billion a month. But financial markets may be pricing in more easing by both the Fed and the ECB than is likely over the next 12 months, he said.

Markets are “more priced for tail risks than they are for the base case,” he said.