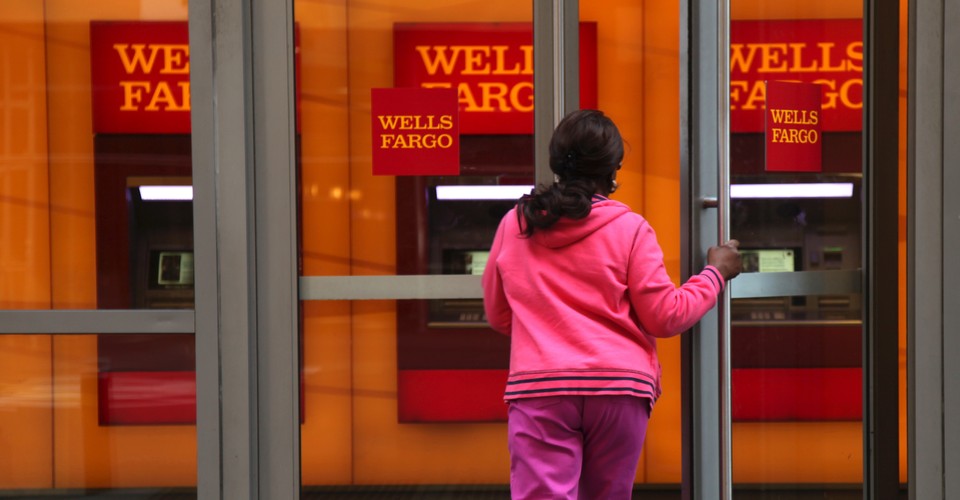 Wells Fargo Bank has been rocked by a series of scandals over its lending in recent years: Since 2017, Oakland, Miami, Philadelphia, and Sacramento have sued the megabank over claims of predatory practices that violate the Fair Housing Act. The cities accuse Wells Fargo of writing high-risk loans for African American and Hispanic borrowers whose credit enabled them to apply for better loans. The bank also faces an ongoing federal probe over its alleged role in a fraudulent scheme to undermine affordable housing tax credits.

So the recent announcement that the Wells Fargo Foundation plans to commit $1 billion in philanthropic funds through 2025 to address housing affordability is more than just the usual proclamation of corporate good citizenship. This is Wells Fargo’s most serious effort yet to repair its tarnished reputation in urban America.

It’s an ambitious slate of programs: With grants and other initiatives, the Wells Fargo Foundation aims to deliver hundreds of millions in annual funds to address rental, transitional, and supportive housing, among other needs. The bank further announced that, starting in 2019, it will set aside 2 percent of its after-tax profits to put toward its goals in housing affordability, small business development, and financial wellbeing. For a few select cities, this giving will mean multi-year, collaborative efforts to address housing affordability and homelessness.

Wells Fargo has a shortlist of about seven cities in mind for its placed-based housing philanthropy—the bank won’t give their names—and will likely name three soon, with the expectation that it will add at least two more at a later date.

“Doing a little bit of everything was starting to gnaw at some of us,” says Jon Campbell, executive vice president and head of corporate philanthropy and community relations for Wells Fargo, of the new focus on housing. The company donated $444 million to some 11,000 nonprofits in 2018, a 40 percent increase in corporate giving over its 2017 levels. Going forward, the bank will more specifically tailor its giving to match its expertise, Campbell says, starting with housing.

The $1 billion figure is aside from any traditional activity in lending over the next 6 years. While the details are still in the works, the bank says that partnerships with nonprofit housing organizations such as Enterprise Community Partners and the Local Initiatives Support Corporation are likely in the offing.

The bank’s role in housing affordability has lately not been viewed as positive. The bank is currently negotiating with the U.S. Justice Department to settle an investigation into its potentially fraudulent procurement of housing tax credits. Justice officials are looking into whether Wells Fargo (along with other banks) colluded with developers to low-ball bids for housing tax credits. The Low Income Housing Tax Credit (LIHTC) program is currently the nation’s best engine for producing new affordable housing units, and Wells Fargo is one of the nation’s biggest LIHTC investors.

Here’s how the program works: State housing agencies allocate these federally funded credits to developers, who sell them to banks in exchange for developing affordable housing units. Investors buy housing tax credits to offset their income tax liability; in addition to the tax write-off, banks that purchasing housing credits can fulfill their obligations under the Community Reinvestment Act, a fair-lending law that requires banks to serve all members of a community, including poor areas. If a bank worked with developers to fix bargain-basement prices for LIHTCs, it would decrease costs for developers, increase returns for the bank, and limit the revenue received by the federal government. Wells Fargo’s settlement with the DOJ could exceed $100 million, according to Bloomberg.

Cities are changing fast. Keep up with the CityLab Daily newsletter.

The best way to follow issues you care about.

The housing tax credit investigation is just one of several episodes of bankerly malfeasance that Wells Fargo has been entangled recently. The bank earned a failing grade from a federal regulator testing its compliance with the Community Reinvestment Act in 2017, and the Federal Reserve moved to restrict the bank’s growth in 2018 in response to consumer abuses. Those include the notorious fake account scandal—a scheme to charge customers fees associated with some 2 million unauthorized accounts—but also auto loan and mortgage violations that led to an unprecedented $1 billion fine from the Consumer Financial Protection Bureau.

“Wells Fargo’s ongoing lawlessness and the failure to right the ship, suggests the bank … is simply too big to manage,” said Representative Maxine Waters, chair of the House Financial Services Committee, during a recent hearing. The bank’s CEO, Tim Sloan, resigned abruptly in March, following years of calls for his resignation from Senator Elizabeth Warren and other critics.

While the Wells Fargo brand may have seen better days, $1 billion can buy a lot of good will, and cities that the bank has approached in talks over its place-based philanthropic strategies have welcomed the bank, according to Campbell. “As we narrow the group of cities, we’ve been in dialogue both with the city governments and the housing leaders in those markets,” Campbell says. “There are certainly headlines, but when we are at the city level talking to the nonprofits that are expert in the housing space and the mayor’s office, we are not seeing reservation.”

It’s not clear whether any of the cities with ongoing legal challenges against Wells Fargo are among the shortlisted candidates for philanthropy, although the foundation says that it will not rule out any city for that reason.

Much of this future effort remains undefined. The Wells Fargo Foundation has pledged to fund efforts in innovation for lowering the financing costs of rental housing, for example, and to try to change the narrative of affordable housing as negative. But Campbell compares the place-based plank of its strategy to another Wells Fargo program, NeighborhoodLIFT—which means that select cities could receive as much as $100 million a year or more in housing affordability funds.

“What do we want to be known for?” Campbell says. “Wells Fargo really believes we’re well positioned to make a difference here.”