Wells Fargo, PayPal and Discover are backing an effort to bring venture capital money to fintech startups founded by women.

“There’s plenty of venture capital money in fintech,” Lisa Frazier, head of innovation at Wells Fargo, said in an interview at an event for female fintech founders Thursday night. “The challenge is to try to get female founders the confidence, exposure and mentoring to go for it. They have a tendency to think, ‘I’m not going to raise money, I’m just going to take out a small- business loan.’ ” 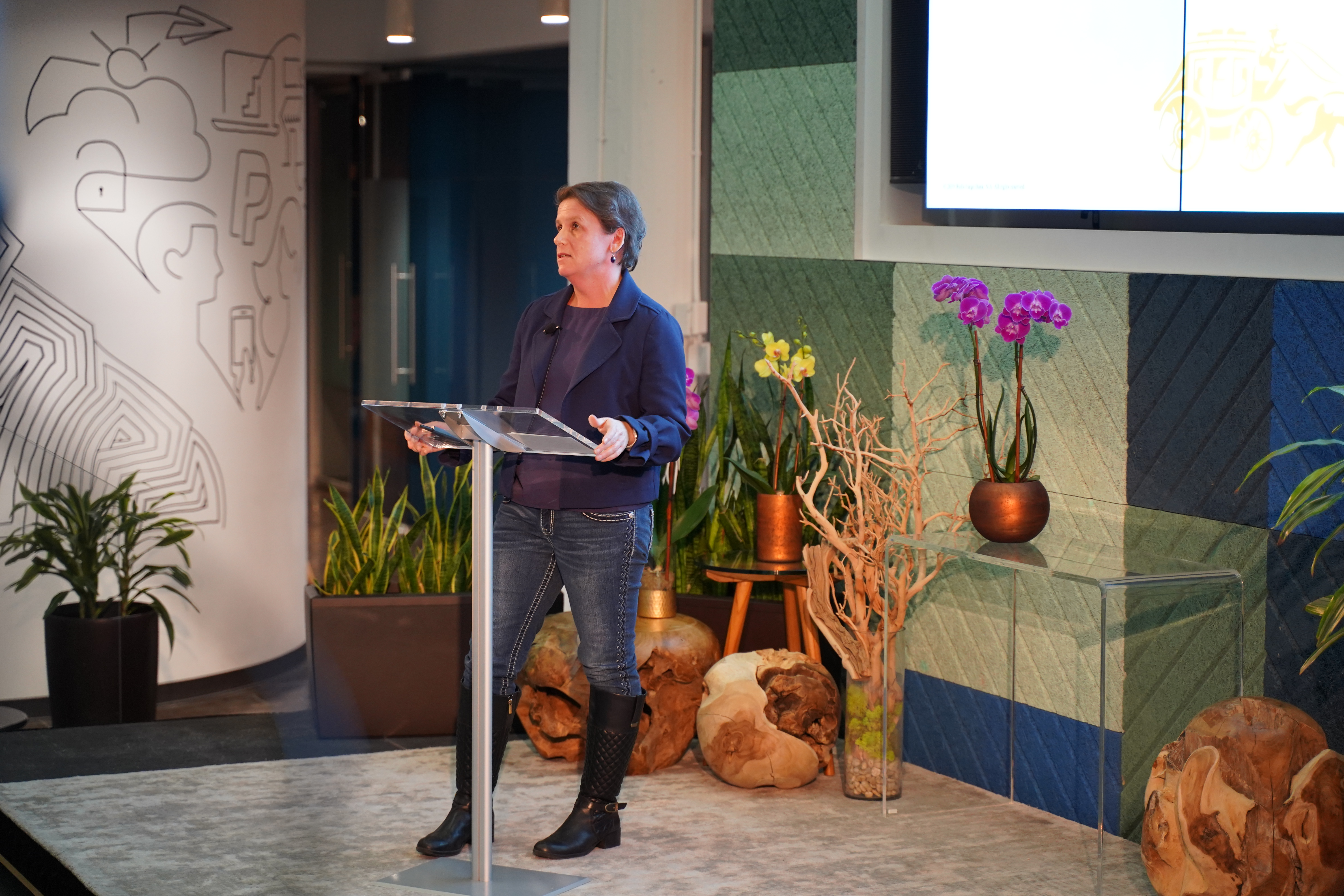 The Thursday night event was the Female Founders in FinTech Live Pitch Event held by Quesnay, a company that runs ideathons, hackathons and custom accelerators. It was held at PayPal’s SoHo office.

“We’ve been running innovation competitions for seven years, and we kept seeing that about 95% of our applicants were male entrepreneurs,” said Jennifer Byrne, president of Quesnay. “We couldn’t understand why. We thought, why don’t we run a program called female founders in tech, we’ll be able to encourage women to feel confident, rewarded, mentored and supported.”

The program was started in 2017. This year, Wells Fargo, PayPal and Discover all supported it.

“This is all about showcasing a group of companies that we hope will inspire other founders,” Frazier said.

Five women-run companies pitched their software at the event.

Income Conductor helps wealth advisers assist their clients as they manage their money for retirement, especially to have enough income to live after they’ve retired. Oval Money provides a financial management app for freelancers. Oze’s app helps small businesses in Africa manage their books. Symend applies behavioral analytics to collections. And U-Nest helps people apply for and track 529 plans to save for their children’s college tuition.

“It’s a hard job founding a company,” said Frazier, who founded a startup called The Bay Citizen in 2010 and later was chief digital officer at Commonwealth Bank of Australia. “It takes a lot of perseverance. It’s also extraordinarily rewarding.”

Wells Fargo also announced at the event that it’s accepted two new fintechs into its startup accelerator. One, Ascent RegTech, develops regulatory compliance software. The other, Motiv, has created a ring that monitors the wearer’s health but could also be used for authentication, possibly for payments.

In Wells Fargo’s accelerator, startups stay in their own space while the bank invests up to $1 million in them and helps guide them toward enterprise-readiness.

The accelerator’s work reflects the way the bank’s attitude has evolved to embrace fintechs.

“I often get asked, who is going to win, the traditional financial services companies or the startups?” Frazier said. “The reality is, when people ask that question they don’t understand where the world is going, which is digital ecosystems and a contextualized experience. Banking has shifted into partnerships and ecosystem.”